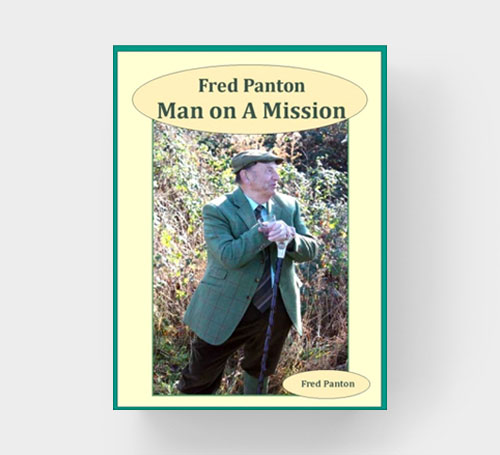 Fred Panton - Man on a Mission

Fred Panton's life in his words.

Tracing the wartime grave of his brother Chris,

Searching for the Canadian pilot who flew Chris’s plane,

Buying and restoring a Lancaster bomber,

Fred Panton has always been a

Man on A Mission

Read this 168 page book and discover the story behind Fred Panton.

From being born in a farm labourer's cottage, to owning a highly successful poultry business, Fred Panton has always been a determined man.
His story describes not only how Fred, his father and brother Harold built their business, but Fred's true mission, to find the surviving crew of the Halifax bomber in which his older brother; Chris, had been shot down over Nuremberg was to dicover first hand, just what had happened.
As a young man, Fred had wanted to visit his brother's grave, but was forbidden by his father.  He even tried to buy a Halifax bomber to commemorate Chris, but again, his father would not agree.
It was only after many years and a series of disappointments, that Fred and Harold, finally managed to buy a Lancaster Bomber- and the airfield from which so many Lancaster used to fly!
And so began the birth of The Aviation Heritage Centre, an extraordinary museum which commemorates, not only Pilot Officer Christopher Panton, but all the Lancaster crews who lost their lives in World War II.
The museum continues to grow and Fred Panton is still "A Man on A Mission".