We have just located and purchased a Rolls Royce Merlin 35 with the hope to be able to return it to a taxying condition as a spare for Avro Lancaster NX611.

The engine was located by Martin Lawton, one of our Queen Mary tour guides and a marshal/engineer at the Centre when he was performing an airfield tour and a conversation was struck with one of the guests and it was discovered he had recovered a Merlin 35 from a scrap yard!
With much interest Martin began to learn more about the acquisition and the news that our guest would be willing to sell the engine to a good cause.

We set up a meeting to see the engine down in Oxfordshire and assess its condition.
As with many 'scrap yard' Merlins it had been outside for sometime and the sump had been smashed with a hammer to make it unservicable.  However on closer inspection the damage to the engine was not too bad and we believed that we would be able to 'resurrect' it to either a parts donor or even a running engine (the latter being preferable).

The engine is currently in our workshop being stripped and the inner workings being assessed.

We currently expect the engine to require an overhaul with a cost in the region of Â£25,000.00. 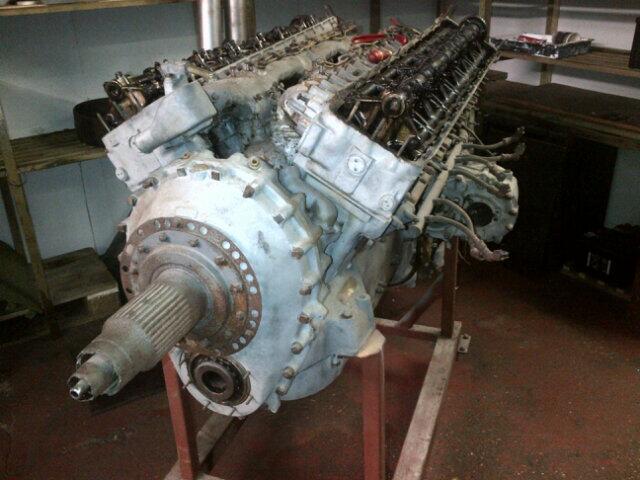